This weekend, fortune will be ally to the brave. That’s right, the 2017 Clash of the Titans Tournament presented by Bauer is taking place this Friday, December 1st through Sunday, December 3rd, and it promises to be a monster of a tournament. The event will see teams from all around meeting at the Ballhockey.com Athletic Centre in St. Catharines, Ontario to compete for a total of $16,000 in prizes. The prize money will be divvied out amongst the top four teams, so you can bet your bottom dollar that there is going to be some intense play out of this tournament.

The Clash of the Titans tournament will see matches between some of the strongest teams going right now. Premiere teams like: The Metro Orangemen, the Niagara War Pigs, the Brampton Express, and the Barrie Flyers will all be in attendance, and if their performances during this year’s Tier 1 Winter Season is to be any indication, there are going to be some heated games! It’s not just Ontario teams in the tournament though. Also in attendance are:

What We Want to See 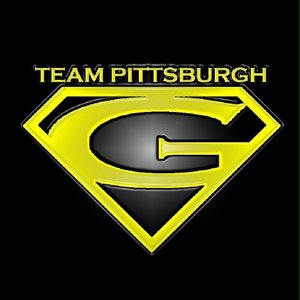 It’s going to be interesting to see how some of these American teams play against the Canadian teams that we’re already pretty familiar with. Currently, the Pittsburgh Gods are sitting at #1, and the Boston Saints at #6 on the Ballhockey.com top 25 North American Rankings, so it’s possible that one of them make it to the end. Additionally, the Buffalo Fusion hail from only about 40 minutes away from tournament, so it’ll be fascinating to see if their play-style is similar to teams of close proximity like the Savage Punishers or the War Pigs.

We know that the Orangemen have had a tremendous season this year, but let’s not forget that they

were beaten out by the Express at last year’s Clash of the Titans tournament. Trailing just behind the Orangemen in the Premiere league, there’s a very realistic possibility that they could take the win at the Clash. Let’s not also discount teams like the Punishers, War Pigs and Rebels playing so close to home. This could give them the advantage they need to capitalize during the tournament.

The full schedule of the tournament can be found right here. We think the whole tournament is going to be full of action, but we’re particularly excited for an Orangemen/Express rematch. It stands to reason that they would have learned a lot about each other during Tier 1 this year, so if it happens, it should be one hell of a game.

Whatever the outcome, this weekend promises some exciting ball hockey, and we can’t wait to see who is going to rise to the top. If you’re in the area, stop by the Ballhockey.com Athletic Center to catch some of the games. If you’re unable to attend, we’ll be providing a wrap up of the action next week, so make sure you stay tuned to Stickskillz.com! And don’t forget to follow us on Twitter, Facebook, and Instagram for up to the minute developments!