At Stick Skillz, we’re thrilled to see this event happening in Canada, as we’ve noticed that the 3-on-3 game is on the rise internationally.  In fact, back in September, we spoke with World Ball Hockey Federation (WBHF) President, Domenic DiGironimo to discuss the rise of 3-on-3. 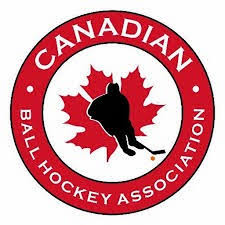 teams to play utilizing a smaller number of players.  Although the game in Europe evolved to the 5-on-5 style found in North America, fans and players alike have never lost their love for the 3-on-3 game.  Nations who have excelled on the 3-on-3 stage include Canada, USA, Czech Republic, and Slovakia.

The rules of 3-on-3 are focused on the flow of the game and keep the action going, which quickens the pace dramatically and produces constant offensive opportunities.  This is particularly applicable to this weekend’s event where teams will play two, 11-minute periods, running time.  Additionally, after each goal, play will resume behind the goal line, and the team who allowed the goal has 3 seconds to play the ball.

So, if you’re interested in seeing what all of the 3-on-3 hype is about, or just want to catch some of the top ball hockey talent in Canada, be sure to check out this event.