Of all things we thought we’d see out of this past week’s Tier 1 games, we certainly didn’t expect a forfeit game due to a team not showing up! Luckily the other games that took place last Wednesday were full of action, and we’re here to keep you on top of exactly what went down. That’s right, get ready because we’ve got another Tier 1 Update coming right at you! 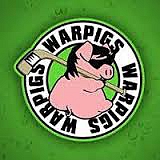 The first game of the night saw the Niagara War Pigs taking on the Vaughan Red Wings. Based solely on their standings, most would have predicted (accurately) that the War Pigs would come out on top. They took the win with a final score of 7-4, but the Red Wings managed to hold their own for quite a while, which meant a pretty exciting game of hockey.

The first goal of the game was scored by the War Pigs’ Marshall Boyes, with an assist by Iain Downes. The goal was pretty quickly answered by the Red Wings however, as Frankie Giustini managed to tie the game up with an assist by Matthew Depersiis and Anthony Flores. The game would sit at a tie for several minutes before the Red Wings’ Robert Shilton and Frankie Giustini would score pretty rapidly one after the other. To show they weren’t down for the count though, Bryan McGahey would score for the War Pigs just before the end of the period to close the gap a little bit, heading into the second with a score of 3-2 for the Red Wings.

Though the second period started out with a third goal from Frankie Giustini with a nice assist by Chris Monaghan, this is where things really started to heat up for the Pigs. Just about a minute and a half after the Red Wings last goal, Jason Capaldi of the War Pigs scored to once again close the gap. The game sat at 4-3 for the Red Wings for about four minutes before Andrew Jegg of the War Pigs tied it up with some help from Marshall Boyes and Bryan McGahey. There was a good bit of back and forth after this goal, as the game remained at a tie for a solid ten minutes, before the Pigs picked up some momentum that they couldn’t put down. Within three minutes, Jason Capaldi, Marshall Boyes and Munavar Hamdani managed to score with some assistance from Andrew Jegg, Farooq Khan, and Sandeep Dhaliwal. This burst of action at the end of the game would cement the Pigs victory and move them up to second place overall in the division.

The second game of the day saw significantly less action – or no action as all. The game was an automatic forfeit by the Barrie Flyers, as they didn’t show up to the game. This meant no change for the Orangemen who are still sitting in first place in the division right now. 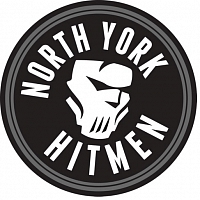 To finish off the day – and the week in Tier 1 for that matter – the North York Hitmen took on the Brampton Express. With both teams sitting at six wins after the previous week, there was no denying that this was going to be a heated match. If you asked us before the game, we would have probably told you that it would have been a close match, but the Express would take it in the end. We could not have guessed how wrong we would end up being. Not only did the Hitmen end up with the win, but they ran away with the game with a final score of 7-2.

Shout out to James Mentis who scored both of the Express’ goals with assists by Yusuf Ahmed and Michael Vitro. The Brampton Express don’t like to quit, which was evident as they scored late in the second period when they were facing a 7-1 deficit, but the North York Hitmen built up such a huge lead in the first period, that the Express just couldn’t recover. Even though the first period started out slow with the first goal coming after seven minutes of play, the Hitmen built up some speed, scoring goal after goal. After Jonathan Pulicicchio scored the Hitmen’s second goal of the game, the team managed to score another virtually every minute until the second period.

This would move the Hitmen up to third place, and the Express to fourth.