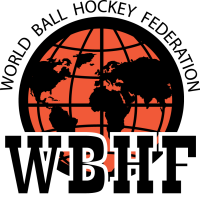 Championship. It was an incredible experience, and if you haven’t already, you can read all about the team’s highs and lows right here. Though in the end, Team Great Britain was unable to take home the gold, they put forward a valiant effort, and the tournament definitely left them wanting more. So much more that they’re heading back to the WBHF in 2018, but this time with not one, but four teams. That’s right, in addition to the men’s 5-on-5 team, Team Great Britain is putting together a ladies 5-on-5 team for the tournament in Russia, and a men’s 3-on-3 team, and a men’s masters 3-on-3 team for the tournament in Slovakia.

The inclusion of a 3-on-3 division in this year’s WBHF has us pretty excited. We’ve already written about the rise of the 3-on-3 game internationally, and now to see it become a part of one of the biggest ball hockey tournaments of the year emphasizes its position as a mainstay of the sport. The action at last year’s WBHF tournament was already second to none, and was some of the most intense ball hockey that we’d ever seen (see Team Great Britain vs. Team Czech Republic). A 3-on-3 game is going to require players to be on their toes even more, as they’ll have to cover more ground with two fewer players on their line, and we can’t wait to see how the teams handle that.

This isn’t to say that the 5-on-5 games are going to be any less exciting though. Quite the opposite. We anticipate the action to be even more electric this year for a few reasons. For one, Team Great Britain has already been out to the WBHF once. The nerves of flying out to play in a huge international tournament should be hopefully dampened for most of the players, meaning they’ll be able to focus a little more clearly on the games at hand. Additionally, having been out to the tournament once already means that the team’s coach has a better idea of some of the other teams’ play styles and strategies. This will allow him to stack the teams, and come out with even more effective strategies than we saw last year, which is a pretty enticing notion.

There’s no denying how excited we are for next year’s WBHF tournament. Between the formation of three whole new teams, plus some potential roster shake up on the men’s 5-on-5 team, we’re champing at the bit to see what’s going to come out of the next few months of preparation. Registration for all four teams is open right now over on Team Great Britain’s website, so if you think you’ve got what it takes, and want to show Russia and Slovakia what you’re made of, head over and register to try out! We’ll be sure to keep you updated on any developments over the next few months, so stay tuned to Stickskillz.com, and follow us on Twitter, Instagram, and Facebook to make sure you don’t miss a thing!