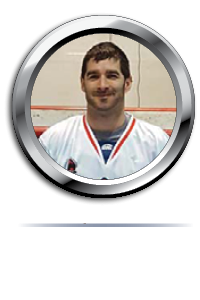 This time, we’ve got one of the team’s defensemen, and Welland Ontario native, Troy Minor.

Stick Skillz: How did you come to be affiliated with Team Great Britain?

Troy Minor: I’ve been playing tier 1 for years, and I know Iain Downes who was the one who told me about the team. I was interested for sure, so I’ve been on the team for a few months now.

SS: How long have you been playing ball hockey?

SS: Have you ever been at an international tournament like this for ball hockey?

TM: Not international. I’ve been to the Canadian Nationals four times now, with my team and Edmonton and a few other teams.

SS: Being that this is your first international tournament, what has you most excited about being in the Czech Republic for the WBHF?

TM: I think just seeing talent outside of the local stuff. You’re able to see these teams online, but you’re rarely given the opportunity to play them. So mostly to see what kind of talent is over in Europe.

SS: What sort of level of player are you expecting out of the this week?

TM: I think it’s going to be good. Time will tell, but the Slovakian and Czech Republic teams are famous for ball hockey. I’m interested to see how good they are.

SS: Is there anything you’ve done differently in preparation for this tournament?

TM: No, I always try to stay at the gym regularly. I’ve just been focusing on lots of cardio to be ready as best I can. I play in tier 1 too where we play a couple times a week so I’ve been on pretty regularly.

We’d like to thank Troy for taking the time to sit down and answer some questions for us. We wish him and the rest of the BHi Great Britain Heritage Team the best of luck at the tournament. Live coverage of the games can be found right here and the games’ schedules can be found here.