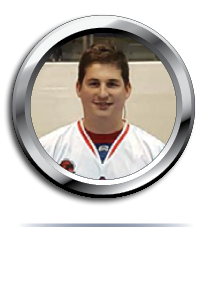 We talked to number 14, Matt Delisle, one of Team Great Britain’s right wing players about coming to the Czech Republic, and what he expects out of this week’s tournament.

SS: How did you come to be affiliated with Team Great Britain?

MD: I saw the ad on Facebook, and I was asked by Chad [Asselstine]. I decided to try out, and that was that.

SS: Is this your first international tournament, or have you been to others?

MD: This is my first.

SS: So we’ve been in the Czech Republic for a few days now, what’s been the most exciting thing about being away for an international tournament?

MD: Just the anticipation of playing. I’ve been looking forward to just getting out on the rink and putting on the jersey to represent a country…it’s kind of exciting.

SS: Being that this is your first international tournament, what level of play are you expecting out of the other teams at the WBHF this week?

MD: A high level. High calibre for sure.

SS: What team do you anticipate being the greatest challenge?

SS: Yeah, you’re going to have to go out there and bring your all for sure.

SS: What is it that draws you to playing ball hockey vs. playing ice hockey?

MD: I never really got to play ice hockey growing up, because we couldn’t afford it. I played ball hockey in the street when I was a kid, like everybody else after school. We’d play ball hockey until it was dark out and then we came inside. I just love it. I tried it once in a league, and just fell in love with it, and I haven’t stopped since.

SS: Have you changed anything up in preparation for the tournament? Any changes in a training regimen or anything like that?

MD: No, I just try to stay active and fit, and keep playing, but also realize that this is a big tournament, so try to stay healthy.

SS: Is there anything else you wanted to add before we wrap this up?

MD: Just thanks to BHi for everything over the years.

We’d like to thank Matt for taking the time to sit down and answer some questions for us. We wish him and the rest of the BHi Great Britain Heritage Team the best of luck at the tournament. Live coverage of the games can be found right here and the games’ schedules can be found here.