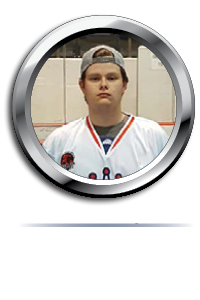 I managed to catch up with Mark Hawrylak, Team Great Britain’s twenty-year-old goaltender, about his strategy going forward at the WBHF World Championship.

SS: How did you come to be a part of the Great Britain Heritage Team?

MH: I was actually told about the World Championships last year. My dad was born in Manchester, and I was always interested in playing and I kept looking on the WBHF website to see if Great Britain was going to put a heritage team together. I saw that Dan [Gilbert] sent out a tryout list, so I approached Dan and went to try out, and sort of went from there.

SS: Do you have any ice hockey experience as well, or just ball hockey?

MH: Yeah, I played ice hockey at a competitive level until I was about eighteen and ball hockey took over from there.

MH: I think now, if you’re at an age like mine, and you’re not at that next level for ice hockey then you can’t really get the competitiveness in, say a beer league, that you can in ball hockey. There’s also cool events that you can go to like this world championship, there’s cash tournaments, there’s stuff all over the place that you can play in.

SS: We’ve been in the Czech Republic for a few days now. What has been your favourite part so far?

MH: Honestly, just seeing the scenery, and being able to experience stuff out here that you wouldn’t be able to back home. The views are unbelievable, and they’re so different. Seeing the old buildings, and just knowing how long people have been living in them is amazing.

SS: At the time of this recording, you guys have won both of the games you’ve played in, so you must be feeling pretty good right now. Can you speak on that for a moment?

MH: Yeah, we’ve been playing with a lot of confidence – obviously not letting in a goal so far – but the team has really carried the load. Gage [Gonyou] and myself really haven’t had to do too much up to this point. I really hope we keep it up, and we’ll be ready for any task going forward.

SS: Where’s your head at for the game today against Team USA?

SS: Who do you think the toughest competitor at the tournament will be?

MH: As far as I’ve seen, I think it’s going to be the US today. I think further down the road, if we keep it up, we’ll probably face them later in the tournament again.

SS: The WBHF is really the first time that the whole team as a unit is playing together, so how do you think the players are gelling together up to this point?

MH: I think we’ve gelled great! Personally, I only knew a couple of the guys going in, and I feel really close with pretty much everybody now.

SS: Is there anything that you’ve done to prepare for the tournament?

MH: I think I just added a lot more stretching to my routine. For the last couple months I’ve been stretching for about forty-five minutes to an hour each day just to make sure that I’m loose and ready to go so I can limit any injuries or tight muscles.

SS: Is there anything else you’d like to add before we wrap up?

MH: Hopefully we bring home the gold! It’s what we’re here for.

We’d like to thank Mark for taking the time to sit down and answer some questions for us. We wish him and the rest of the BHi Great Britain Heritage Team the best of luck at the tournament. Live coverage of the games can be found right here and the games’ schedules can be found here.