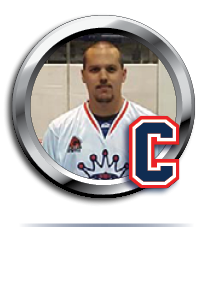 Over the past few days, I’ve had the distinct pleasure to get to know the BHi Great Britain Heritage team during their travels through Litomerice, Lovosice and Prague in the Czech Republic. The team is here for the World Ball Hockey Federation (WBHF) World Championships, and you’d be hard pressed to find a more dedicated team than this one. Over the course of the trip, I’ve been sitting down with the players to ask them some questions about the tournament, flying to the Czech Republic, and their love of the sport for what we’ll be calling: Player Profiles.

Up next, we’ve got the captain of the team, Iain ‘Downsey’ Downes playing centre this week at the WBHF.

Stick Skillz: How did you come to be a part of the BHi Great Britain Heritage Team?

Iain Downes: I know Chad [Asselstine: Head Coach] fairly well through the ball hockey world, and as soon as he got word that there was going to be a team, he called me up and asked me if I would like to be a part of it. I was sort of drafted into the team. He asked me if I’d like to be one of the leaders, and I was happy to do so.

SS: How long have you been playing ball hockey?

ID: I’ve been playing for around eleven years now. I played while I was a kid, but stopped around twelve. I picked it up again around the age of nineteen.

SS: What is it that draws you to ball hockey versus something like ice hockey?

ID: To be honest, I’m drawn to the competition itself, and the types of tournaments you can play as an adult vs. the ones you can for ice hockey. There are more tournaments that are meaningful to us at our age level. We have nationals and huge cash tournaments and world championships like the [WBHF] that we’re heading to now in the Czech Republic. You don’t get any of that in men’s league ice hockey. There’s just more opportunity and more variation than there is in ice hockey.

SS: You mentioned going to the WBHF in the Czech Republic, have you ever been outside of North America before for a tournament like this before?

ID: Never for a tournament, I’ve only been on a few all inclusive trips, so this will be a whole new experience for me.

SS: So what has you most excited about being overseas for a tournament like this?

We want to thank Iain for taking the time to sit down and answer some questions. We wish him and the rest of the BHi Great Britain Heritage Team the best of luck at the tournament. Live coverage of the games can be found right here and the games’ schedules can be found here .