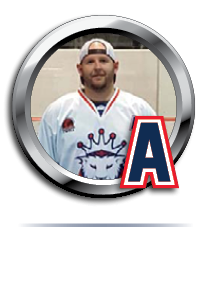 This time I sat down with Dan Ruddach, a defenseman and Assisstant Captain for Team Great Britain, and one of BHi’s rink managers.

Dan Ruddach: I’ve been playing ball hockey since I was nineteen. I’m thirty-one now, so it’s been about twelve years.

SS: How did you come to be affiliated with the Great Britain Heritage Team?

DR: I actually manage a rink in St. Catharines [Ontario]. Of course, I knew a lot of the guys as well, but I’ve also been around ball hockey for a long time. I’ve built a lot of connections over the last twelve years.

SS: Is this your first international tournament, or have you done anything like this before?

DR: Yeah, this is my first international tournament. I’ve been to nationals twice, but nothing quite like this.

SS: We’ve been in the Czech Republic for a few days now. What do you think your favourite part of the country has been?

DR: It’s unique. It’s really different, right? When we showed up, we were all kind of like, “ok, where are we?’ Type of thing, but no, it’s a lot of fun. It definitely doesn’t feel like you’re at home.

SS: So who do you think your biggest competitor is going to be out of this tournament?

SS: Has their been anything you’ve done to change up your training regimen leading up to the tournament?

DR: Not so much, no. It’s just about trying to continue to play. It’s just repetition. Rinse and repeat. Just keep playing, and just stay sharp. I think that’s the most important. As soon as you take that time off, you get out there and the ball feels a little different, it’s slipping on you, sliding on you – that kind of thing.

SS: You’ve been playing ball hockey for twelve years, which is a pretty long time. What is it that draws you to ball hockey vs. ice hockey?

We’d like to thank Dan for taking the time to sit down and answer some questions for us. We wish him and the rest of the BHi Great Britain Heritage Team the best of luck at the tournament. Live coverage of the games can be found right here and the games’ schedules can be found here.