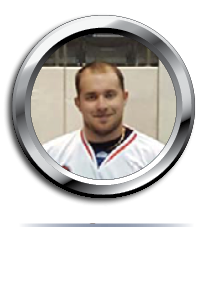 I sat down with Craig Wood to talk about what it was like to score the opening goal of the tournament for Team Great Britain.

Craig Wood: I’ve been playing ball hockey for five years. I played a couple years before that just for fun, but I started getting into it competitively once I started playing at BHi about five years ago.

SS: Do you have any ice hockey experience as well?

CW: Yeah, I played ice hockey growing up for the North London Nationals. My dad would coach me most of the time, so whenever he coached I basically played for that team. I also played a bunch of other sports though, so I never really committed myself to playing any high level hockey.

SS: What is it that draws you to ball hockey rather than continuing to play ice hockey?

CW: Being able to have tournaments, and just the consistency of the game. Playing ice hockey, there’s no real, legit leagues any more. It’s hard to find. Ball hockey is all over the place, and it’s growing more and more which is exciting to be a part of.

SS: Is this your first international ball hockey tournament?

CW: Yes, this is my first international tournament.

SS: How are you liking the Czech Republic so far?

CW: I love it. It’s pretty similar to Italy which I was in a couple years ago, so I’m kind of used to the European style I guess. All the environment and food and the like isn’t really a huge change. It’s kind of what I was expecting.

SS: So yesterday, at the time of this recording, you guys played a big game against Team Europe, and you took the win with 6-0, and you scored the opening goal of the tournament for Team Great Britain. How did that feel?

CW: It was super exciting. I didn’t even know that it actually went in. When I shot it, I honestly think I closed my eyes. I don’t even think that I remember it going in because of all that was going on, but I was definitely pretty excited when I found out that I scored.

SS: What are your expectations from the rest of the tournament?

CW: I think today against Hungary will be a good game to at least learn strategies, but we need to play our game obviously because the next games after that will get harder and harder for us. Especially if we keep doing well, teams will start gunning for us.

SS: Who do you think the toughest competitor is going to be at the tournament?

CW: I think the USA will give us the hardest battle. Watching Canada’s practices, I think we’ll compete with them pretty well. Obviously it’ll be a closer game, but the Americans seem to have a bit more skill than the Canadians do.

SS: Was there anything that you did in preparation leading up to the tournament?

CW: No, I’ve just kept doing the same things I always do. I go to the gym a lot and eat fairly healthy, so it’s just about consistency for me.

We’d like to thank Craig for taking the time to sit down and answer some questions for us. We wish him and the rest of the BHi Great Britain Heritage Team the best of luck at the tournament. Live coverage of the games can be found right here and the games’ schedules can be found here.