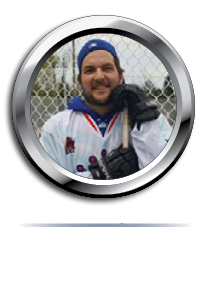 We sat down with one of Team Great Britain’s defensemen, about how he plans to play the game here in the Czech Republic.

Brandon Dymond: Basically, I’ve only been playing ball hockey for about the past five or six years. I was more so into roller hockey…I’ve played on the world stage at that level, but this is my first time ever at the ball hockey level.

SS: So how did you come to be affiliated with the Great Britain Heritage Team?

BD: Chad [Asselstine] got in touch with a few of us last summer, saying that he came up with a rare opportunity to get a Britain heritage team going, and asked us if we had any British heritage and whether or not we’d be interested in going over to play ball hockey in the Czech Republic.

SS: And you said this is your first international tournament for ball hockey?

BD: Yeah, it actually is. I’ve done a couple for roller hockey with Team Canada in years past, but nothing for ball hockey.

SS: Have you ever been to the Czech Republic?

SS: So what’s been your favourite part about the country so far?

BD: Honestly, the beautiful views, and the little towns are so nice. It’s just beautiful here.

BD: Basically with ball hockey, it’s the best of both worlds. You get your cardio…it’s a huge workout. You still get to play the game you love, and a guy like me hates going to the gym and running on a treadmill, so a game like this has you getting that exercise and doing something you really enjoy.

SS: At the time of this recording, yesterday you guys took the first big win against team Europe with a 6-0 lead, so that has to feel pretty good, no?

BD: Yeah it was good to get the early jitters out of the way. It was the first tournament for a lot of people at an international level, and to get the bit ‘W’ was great for sure.

SS: I have to bring this up…Almost right away you had a huge body check against one of the guys on Team Europe, can you talk about that for a minute?

BD: Basically, I’m more of a physical guy. I’m not going to change my game over here. If you can’t take the body, then you can’t take it. I’m a big guy, I like to push people around.

SS: Just letting everyone know what it’s about right away?

SS: What are the strategies going forward for the next games?

BD: Just keep it simple, smart, stick to the systems, and it’ll play out. We’ll get the wins. I have faith in the boys.

SS: Who do you think the biggest competitor will be at the tournament?

BD: Honestly, I think it’ll be the Czechs or the Americans. Canada’s always always going to be good too, but we’re going to give them a good run for it in this tournament.

SS: You mentioned that you’re not the type of guy who likes to go to the gym and run on a treadmill, but have you done anything different with your training regimen to prepare yourself for the tournament?

BD: I just played a lot more ball hockey, did the odd jogs around and started eating a lot better.

We’d like to thank Brandon for taking the time to sit down and answer some questions for us. We wish him and the rest of the BHi Great Britain Heritage Team the best of luck at the tournament. Live coverage of the games can be found right here and the games’ schedules can be found here.