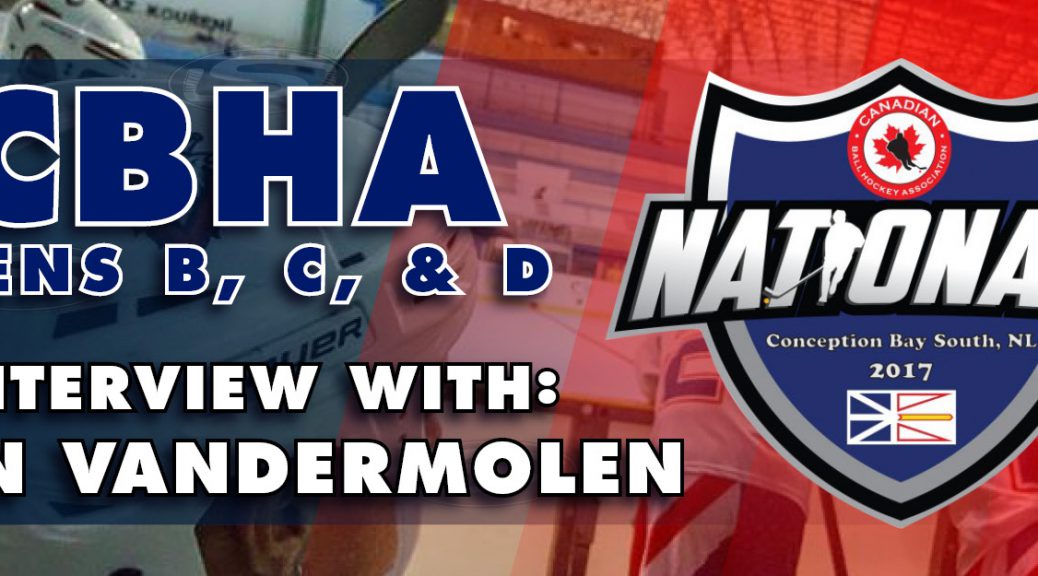 Over the weekend of July 22nd, the Canadian Ball Hockey Association (CBHA) Men’s B, C, & D, and Women’s B Nationals took place in St. John’s, Newfoundland. Some of the top players in their respective divisions came out to play in the Nationals this year, and as a result, we saw some games that were as pulse-pounding as they were unpredictable. Pop’s Pride played remarkably well, but ended up conceding the gold medal the to St. John’s Thunder in the final game. Similarly, the Calgary Crusaders played some strong games early on, but ended up taking a loss after a shootout to the Mighty Drunks in the bronze medal game. Still, the Crusaders managed to put up an impressive display of ball hockey, and ended up walking away 4th overall in their division.

I caught up with one of the Calgary Crusader’s left wingers, #77: Ryan Vandermolen, to discuss his experience at the CBHA, and what the future holds for the team.

SS: How did you come to be a part of the Calgary Crusaders?

RV: When I moved to Calgary a few years ago, I met Glen Howard. He currently runs the Crusaders, but I met him through another ball hockey league that he’s in charge of. After a little while, he asked me to come out and play for the Crusaders, and I’ve been with the team for a few seasons now.

SS: What sort of experience or history do you have with ball hockey?

RV: I’ve been playing ball hockey competitively since I was about 15. I grew up playing street hockey like a lot of other kids, but never played anything organized until high school. I had some friends convince me to sign up, and I’ve been hooked ever since.

SS: Do you have any ice hockey experience?

RV: I’ve played ice hockey since I was little. It’s a much more popular sport, especially in Canada, so I think that’s what a lot of kids are drawn to. Most of the skills are transferrable, but all the running is something that takes some getting used to.

SS: What is it that draws you to ball hockey over ice hockey now?

RV: Personally, I like ball hockey more than ice hockey, but that’s probably because I’m a much better runner than I am a skater. I also like the pace of ball hockey better. Even though at a level like [the CBHA], the game is very fast, you’re still able to use your body position to help keep possession of the ball, which gives you more time to see the game and make plays. This gives me an advantage, being a taller guy. You can’t do that as much in ice hockey.

SS: How long has the team been playing together? Do you guys have any sort of pre-existing relationships?

RV: The team itself has been around since 2007 or 2008 I believe; however there have been a lot of roster changes since then. There are a core group of guys who have been playing with each other for years, but the team also picked up some other players from around the league to round out the team.

SS: How do you feel the team is developing as a unit, considering the amount of time you’ve all been playing together?

RV: Even though the whole team hasn’t played together before, a lot of guys have played together over the years. Whether through playing on different teams in past tournaments or other leagues, I think that definitely helped with our team chemistry and made the tournament a lot more fun.

SS: What do you think the Crusaders’ biggest strength was during the tournament?

RV: I think our biggest strengths were our 5 on 5 play and our fore checking. Our coach really emphasized playing tight on our man, so with the speed we had on the team we were able to force a lot of turnovers with a relentless fore check. Also, in 5 on 5, I think we controlled most of the play in the majority of our games.

SS: Who was your biggest challenge during the tournament? Were there any rivalries formed?

RV: The biggest challenge of the tournament was definitely the St. John’s Thunder. They were very skilled, had a lot of chemistry, and were probably one of the best teams I’ve ever played against. It was no surprise to find out they won the tournament. As far as rivalries go, I think the tournament was a little too short to develop any. However, we did have two great, hard fought games against Pop’s Pride.

SS: Was the CBHA the first ball hockey tournament you’ve travelled to play in?

RV: I was actually fortunate enough to play in the CBHA Nationals last year in Kelowna, BC.

SS: How did this year’s CBHA stack up to last?

RV: This tournament was on par with last year, and the CBHA does a great job with the tournament, and getting high quality teams to play. There were a few more teams out last year than there were this year, but the level of competition was the same if not higher, which is great to see for ball hockey going forward.

SS: What was the most exciting aspect of being in Newfoundland for the CBHA?

RV: The most exciting part was being able to get out to Newfoundland and represent Calgary in the tournament with a great group of guys. Although we came up short in regards to our ultimate goal (gold), it was a great experience, and I’m really proud of the effort we put forth. St. John’s was also a great city to visit. I’m glad we had some time to get some sight-seeing in, and experience George Street.

SS: What was the highlight of the tournament for you?

RV: Definitely our semi-final game against Pop’s Pride. It was a back and forth game, and one of the most exciting/nerve wracking I’ve ever played in. Unfortunately, we lost in the eighth round of the shoot out, after a ten-minute overtime, but a great game nonetheless.

SS: How does Newfoundland stack up against your current city of residence, Calgary?

RV: Both places have a lot of unique qualities that make them great, but I think I’m a little more biased towards Calgary as I live there now. They definitely take their ball hockey a little more seriously in Newfoundland though. The semi-final game we played had the most fans I’ve played for in any organized sport I’ve been a part of.

SS: What does the future hold for the Calgary Crusaders?

RV: I am not currently a full time member of the team, but I believe they’re taking some time off. There was a lot of dedication involved with playing in the spring, practices, fundraising and planning, so I think some of the guys are wanting to take a break. I would personally like to thank the captains on the team for all of their time and dedication that made it possible for us to go. We couldn’t have done it without them. It’s a great group of guys on the team as a whole, and I hope to play with them again in some capacity in the future.

SS: When you’re not playing ball hockey, what are some things you normally do for fun in Calgary?

RV: Calgary is a great city to be in for the spring/summer, so I enjoy running or biking on all the trails, having drinks on the patio, stampeding, or making it out to the mountains when I can to do some hiking. However, when winter hits, I want to be inside, so I’m glad there’s ball hockey.

We at Stick Skillz are glad there’s ball hockey too. We’d like to thank Ryan once again for graciously taking the time to answer some questions about his time at the CBHA Nationals, and wish him all the best in his future ball hockey career.

The final standings of the CBHA Men’s B, C & D Nationals were as follows:

For all the latest news, interviews, and  in the world of ball hockey, stay tuned to Stickskillz.com, and don’t forget to like us on Facebook and Twitter for up to the minute developments!