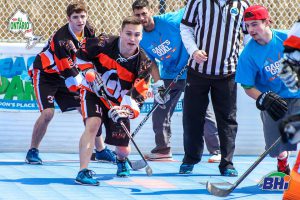 This past weekend Ball Hockey International (BHi) and the Ontario Ball Hockey Association (OBHA) joined forces to host the April Fools (2nd All Ontario cup/AOC preliminary event) and the OBHA Winter Provincial ball hockey tournament at BHi London and Stronach Arena. Stick Skillz was on site all weekend to take in the action. Let’s kick off this recap with the Barn Division, which saw some incredible competition with the Hamilton Outlaws taking home the division championship.

The Barn Division semi-finals kicked off Sunday afternoon with the 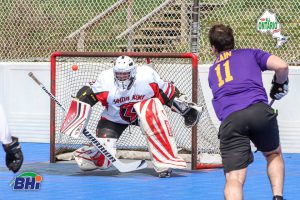 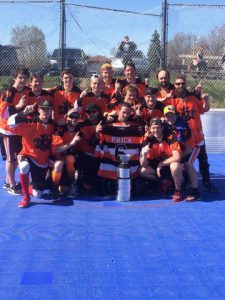 In the second semi-final, the Lincoln Pitbulls would face the Hamilton Outlaws. The Outlaws would dominate the game building an early 3-0 lead in the first enroute to a 5-0 win. The Outlaws also got strong performance sfrom netminder Leo Wristen who secured the shutout, and Nolan Speakman (2G 2A). The win would send the Outlaws to the finals to take on the Piranhas.  Box Score

In the final, after a close first two periods, the Outlaws would pull away with the win in the third for a convincing 8-4 win over the Piranhas. A strong performance from Jake Hutton (3G 1A) allowed the Outlaws to come out on top of this match up to take home the Barn Division championship.  Box Score