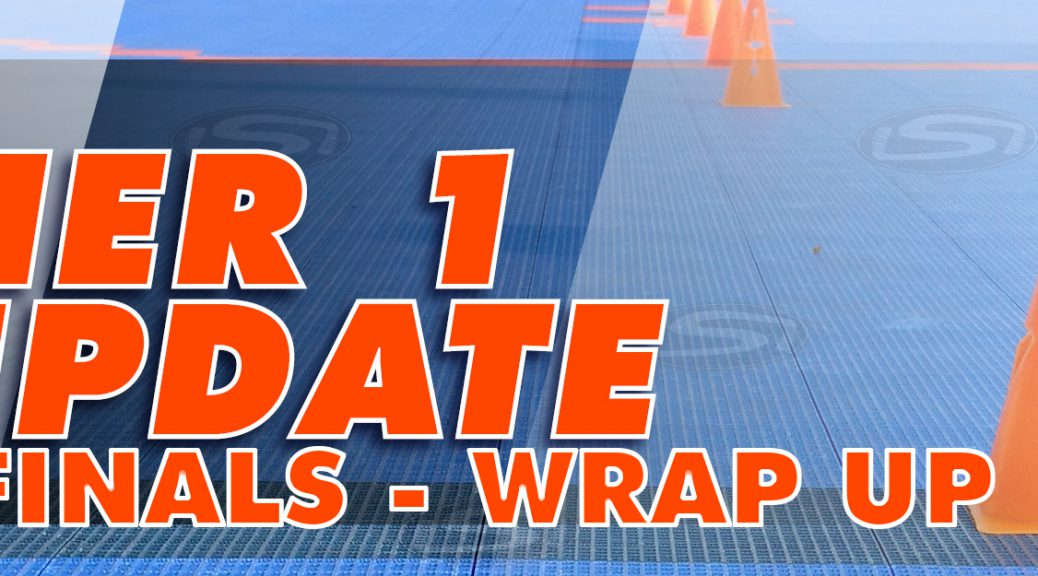 We’ve expressed our excitement with the Ontario Tier 1 winter season for several weeks now, as we’ve been following the ups and downs of the competing teams. For the most part, the games have been all around evenly matched, and there have been quite a few surprises and rebounds along the way. When all is said and done, we really couldn’t have asked for a better season of ball hockey to pay attention to, and it quickly became the highlight of our week to recap the games for you. But like everything, the Ontario Tier 1 winter season had to eventually come to an end, and the final games have been played. When it finally came down to it, the Vaughan Red Wings and the Metro Orangemen were facing off for first place, and both teams wanted it. Badly.

The first bout between the Orangemen and the Vaughn Red Wings set the stage for a fierce battle between two powerhouses that weren’t going to be going down easily. We’ve said from the start that the Orangemen stood a good chance of making it to the finals – they’ve shown some real prowess over the last year – and the Red Wings have really surprised us with the strides they made to play in the finals. This game was surely going to be interesting, and we honestly weren’t sure what to expect. This could really go either way.

The game started off strong in the Red Wings’ favour. Anthony Metallo scored in the first three minutes of the game with some help from Jordan Bumeliani and Derek Anderson. The Red Wings held onto this lead for the majority of the first period. The Orangemen were throwing some heat, but couldn’t manage to make anything count until later in the period. Around the fifteen-minute mark, Danny Pacheco of the Orangemen tied the game up with assists by Brian Creador and Ricky Daponte. There was some fast-paced back and forth after this goal, and the game remained at a score of 1-1 leading into the second period.

The back and forth trend would continue throughout the second half of the game. Both teams were adamant about coming out on top, and as a result, neither team was able to pull ahead. The game remained at a tie score for the entirety of the second period, moving the game into overtime.

By this time, we didn’t have any nails left to bite. Like we predicted, the outcome of this game anyone’s guess. The tension hung in the air for nearly ten minutes before Anthony Valente of the Vaughan Red Wings managed to score with an assist by Robert Shilton – and like that, the Red Wings would take the win! This victory moved them within striking distance of the title of champions of the Tier 1 winter season.

The final game of the winter season was, as you might expect, something of a tense matchup. This game would determine whether the Vaughan Red Wings were going to walk away as champions, or if the Metro Orangemen would have the opportunity to redeem themselves in one final tie-breaker the following week. Up to this point we had been lauding the Orangemen with praise, as far as how far they’ve come as a team this year, but we’d be lying if we wrote that we weren’t expecting a good show out of the Red Wings this game. They experienced a turnaround the likes of which we aren’t used to seeing, and we had a feeling they were going to ride that wave to the top.

For a moment it seemed like the Orangemen might be able to take the game, as they pulled ahead to a 1-0 lead in the 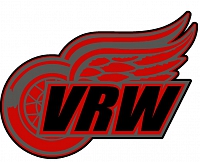 first period. Right as we were preparing ourselves for a tie-breaker game between these two teams, Vaughan managed to tie the game up. By the second period, they’d managed to pull ahead with a score of 2-1. The Orangemen just couldn’t keep up with the Red Wings, who were able to score one final time before the end of the second period, winning the championship with a score of 3-1!

In a season of unexpected outcomes, this is something that we definitely weren’t originally anticipating. The Vaughan Red Wings managed to pick themselves up, and pull themselves back from fourth place, to becoming the Ontario Tier 1 Champions. We’ve seen some pretty amazing feats in this sport, and the Red Wings’ performance over this season deserves to be recognized. Congratulations to all the Red Wings players, you really put forward a tremendous season – especially over the last few weeks.