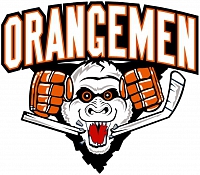 The Metro Orangemen come into the game as the number two seed, advancing to the finals with a 2-1 series win over a very talented Brampton Express team.  The Orangemen came into the Winter season with guns blazing, going 7-3 in their first 10 games, quickly establishing themselves as a contender, sitting comfortably in top spot.  However, as the season came to a close, Metro had lost 3 of 5 and a red-hot Niagara team surpassed them in the standings.On the surface, Metro had lost three straight at the end of the regular season and appeared to be limping into the playoffs.

In the first round, the Orangemen would take on a determined Brampton Express team.  Many felt that Brampton was the favourite coming into the series, however it was Metro who would get the upper hand in game one winning 6-3.  Game 2 would have a different tune as Brampton would tighten up on defense, holding Metro to just one goal, winning 2-1 and evening the series 1-1.  Game three was a very even battle coming right down to the final seconds, when Metro would score with just over 2 minutes remaining to advance to the final with a 3-2 win. 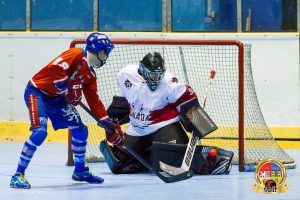 The always dependable netminder, Paul Zarnett, has been stellar all series going 2-1 with a 2.33GAA and a .920 SV%.  We mentioned it in our recent Player Rankings Poll, this guy is a gamer, and we’re confident he’ll continue to give the Orangemen a chance to win.

Rick Daponte has been a huge bright spot with 3 goals in the playoffs thus far.  Daponte only appeared in 3 regular season games for the Orangemen but history has shown he knows how to make the most of his chances.

Justin Cabral was the teams third leading scorer during the regular season with 9 points (4G 5A).  Cabral has been held to just 1 point in the playoffs so far.

Similarly, Nick Senra was in the team’s top five scorers this season and has been held off the scoresheet entirely so far in the playoffs.

The Vaughan Red Wings took a few games to find their stride this year, and it wasn’t until about mid way through the year that we saw how talented a team they really were.  Despite making it interesting down the wire, Vaughan finished at 8-7 and clinched the fourth and final playoff spot, setting up date with the first place Niagara War Pigs in the first round.

Despite losing the season series 2-1 to the War Pigs, Vaughan looked strong in game one, jumping out to a quick 1-0 series lead with a close 4-3 win.  This trend continued in game two as Vaughan would be quick out of the gate, and close out the series with a 4-2 victory, earning them their first trip to the finals since 2012.

The team’s offence flows through Frankie Giustini and he has continued to be a powerhouse into this year’s playoffs picking up 4 goals in 2 games.

Anthonly Valente has also been a bright spot in the playoffs thus far contributing with 2 goals.

Not enough can be said about the strong play of Anthony Flores.  He’s made the big saves when needed, sporting a nifty 2.50 GAA and a .914 SV%.

Chris Monaghan came into the playoffs as the Red Wings second leading point producer.  The talented forward has only recorded 1 point (1A) so far in the playoffs.

Similarly, Matt Martello has struggled so far in the playoffs recording a lone assist.  This is a far cry from the 5 goals and 11 assists he put up in the regular season.

If the 2018 Winter Season playoffs has taught us anything, it is to stay away from predictions because anything can happen.  What we are confident in saying is that this will be a tightly fought defensive battle as neither team sports an abundance of offence.  Ultimately, this contest will come down to which team makes the most of their opportunities.  Look for the two netminders to play a decisive role in determining the outcome.