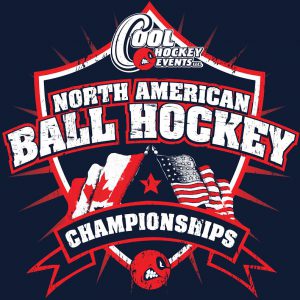 March 7th, 2017–Hamilton, ON–One of the most prominent ball hockey tournaments in all of North America will take place March 10-12 and March 24-26 in Philadelphia, PA.  The North American Ball Hockey Championships bring the best there is in Canadian and US ball hockey together in a battle for ball hockey supremacy.

The event is broken up in to two different weekends in March.  March 10-12, the Men’sC/D, Novice and Coed A/B divisions square off followed by Men’s A/B and Women’s A/B March 24-26.  Stick Skillz will be hitting the road with Bryan McGahey and the rest of the Barrie Flyers to gain first-hand experience in what it takes to win a tournament like the NABHC. 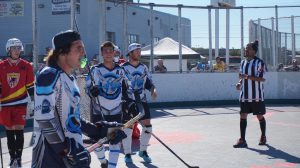 Last year, Canada cleaned up as the Niagara War Pigs edged the Boston Saints to take home the 12th Annual North American A Division Title, while Jersey Fresh won a 5-4 OT thriller against the Toronto Rage.  In the Women’s B Division, the Barrie Donaleigh’s claimed their title after defeating Chicago’s Lady Cobras.

The Barrie Flyers look to bring the Men’s A title home to Ontario when their tournament begins on March 24th.  At the Clash of the Titans back in November, Titans left-winger Tyler Yerex put on quite a show and he led the Flyers in the OBHF Fall 2016 season with 9 points in 5 games.

Be sure to follow Stick Skillz on Facebook and Twitter so that you don’t miss out on all the highlights and hijinks on the Barrie Flyers journey to Philly!