What a weekend, what a weekend! If you’re a ball hockey fan, then you were in hog heaven from Friday May 25th through Sunday the 27th! With the Ontario Ball Hockey Federation (OBHF) Men’s A/B/C and D Provincials taking place in Barrie, Ontario, the action didn’t stop. So, who impressed the most and took home first place? We’ve got the results from each division in our OBHF Provincial Wrap-Up.

As we’d pointed out in our preview of this OBHF event, quite a few teams were in attendance for the D Division. After the Round Robin, a few teams were standing above the rest. The Snipers, Toronto Goodfellas, and Autobots were all coming out of their respective divisions having won each of their games played. The Toronto Goodfellas played a particularly impressive game, managing to win against the Stallions with a shut-out score of 7-0, giving them the number there seed overall heading into the Quarter-Finals.

The Quarter-Finals saw two wild-card teams facing off against the third and fourth place team overall. The first game in the Quarter-Final series saw the Bullets (Wild Card 2) taking on The Toronto Goodfellas. Though they’d put on quite a show up to this point, the Goodfellas just weren’t good enough, and conceded a loss to the Bullets with a score of 4-2. The second game saw the 4th place overall team, The Moose take on Wild Card 1, the Kitchener Rebels. Well, it’s called the ‘wild card’ for a reason, and the Kitchener Rebels took the win with an impressive 6-2.

The Semi-Finals in D Division were played pretty close to the vest. Even at a lower division, it was clear that this was the time that everyone tightened up, and really focused on their goals. This was no more evident than in the first game between the Kitchener Rebels and the Autobots. The Autobots were heading into the Semis with an immaculate record. They hadn’t lost a single game, which may have had them resting on their laurels, as they ended up just losing to the Kitchener Rebels by a single goal. The Bullets did not fare so well as the Rebels in their Semi-Final game, taking a loss to the Snipers with a final score of 3-0.

We really weren’t sure what to expect heading into this final game. We’d already seen the team who were previously ranked as first overall take a tumble and lose to a wild-card and were now watching that same wild-card face off against the Snipers, another team with a squeaky-clean record. It was clear that the Kitchener Rebels were hungry for that first-place spot, but they weren’t about to let the pressure get the better of them. Both teams were careful not to slip up, and it was a low-scoring game as a result, but the Kitchener Rebels, who we weren’t expecting much out of in even the Quarter-Finals, managed to take the win in the Final game with a score of 2-1. Not a large deficit, but all they needed to become the champions of the Division.

C Division experienced no shortage of players over the weekend, as most teams in the tournament were competing at this level. With eighteen total teams in attendance, there was definitely some exciting play. Coming out of the round-robin, the Toronto Rams and the Durham Dirty Schwas were looking strong. They’d both won each of their games played and were sitting with a total of 6 points each. Coming up close behind were the Toronto Kings with a 2-0-1 record heading into the Quarter Finals. We’d speculated that some of the Toronto teams would be interesting to watch in this division, and at this point it looked like we may have been on to something.

The First Quarter-Final game of the C Division was between the Saints and New Tecumseth Xtreme. The game was over before it started though, as the Saints won handily with a final score of 6-1. The second game was between the Stallions and the 3rd overall team, the Toronto Kings. Despite being one of the higher placed teams in the tournament, the Kings couldn’t keep it up and ended up conceding a loss. It was a close game, but the Stallions ended up eking out the win with a score of 2-1.

The Stallions fought hard in their semi-final game against the Toronto Rams but were unable to keep up their momentum, losing the game with a final score of 4-3. On the other hand, the Durham City Schwas seemed like they were picking up steam, as they won their game against the Saints with a score of 5-2.

The Final game came down to the Durham City Schwas and the Toronto Rams, and this was no relaxed display. Both teams were on each other constantly, and the scoreboard just kept creeping up. This was a close match, but in the end the Schwas were able to claim the first-place title with an impressive score of 8-7. Both teams put on a hell of a show, but the Schwas just wouldn’t let up, and it paid off for them.

As we moved up the divisions, there were fewer teams to keep an eye on, but the action was heating up. Coming out of the round robin, we were keeping an eye on the Garage Guys, as they were heading into the Semi-Finals having one two of their three games played. The Big Bastone were heading into the Semis with a 1-0-2 record, so while they didn’t have as many wins as the Garage Guys, they also weren’t about to let anyone else come out ahead of them.

The B Division Semi-Final games were spicy. They were high-scoring and fast paced. Up first were the Grimsby Grizzlies vs. the Big Bastone. Like we said, The Big Bastone were not about to let anyone take them down, and try as they might, the Grizzlies were no exception. The score got up there, but The Big Bastone finished off the game with a final score of 6-5. Up next were the Thrashers vs. the Garage Guys. In what was becoming something of a theme of the tournament, the underdog managed to beat out the first-place team, as the Thrashers took the win with a final 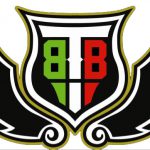 In a tournament that was already full of surprises, we really didn’t know where we stood on the A Division. We were expecting a good show out of the Niagara War Pigs and New Tecumseth Xtreme and wondered if we’d see a repeat of 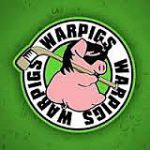 the Vaughan Red Wings’ performance during this year’s Ontario Tier 1 Winter Season. At the end of the round robin, New Tec and Brampton Express were leading the charge, each with a 2-0-0 record, and the Vaughan Red Wings and Niagara War Pigs were sitting in 4th and 5th respectively.

The War Pigs and the Vaughan Red Wings were slated to face off against one another in the Playoff Elimination round. This game was relatively low-scoring, but eventually, the War Pigs took the win with a final score of 2-1. At this point, we thought this might have been just the push they needed to kick it into gear in the Semi-Finals, but… 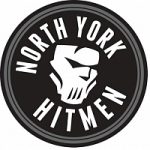 seemed to be off their game. The Brampton Express, a team that seemed very much on their game during the round robin however, ended up taking a loss to the North York Hitmen. Again, the game was low-scoring, but the teams were all over the place chasing the ball from one side of the rink to another. The goals were few and far between, but the teams made it count where possible. In the end, the Hitmen would be facing off against New Tecumseth Xtreme in the final round. 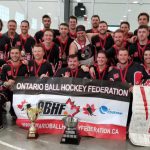 We’d like to write that the Final game of the A Division was a close match. An intense game that had no clear outcome. A real barn-burner. The reality is that New Tecumseth Xtreme really ran away with this game. They got a lead and held onto it, and we just saw the deficit grow larger and larger. The North York Hitmen scored one lone goal, but they just couldn’t keep up with New Tec, who ended up taking the first-place title of the OBHF Men’s A Provincials.

This tournament was absolutely packed with surprises. Almost every division saw some level of upset, as an underdog team would come from behind and take down a favourite. That’s the type of hockey that we love to see at Stick Skillz. Congratulations to all the teams that competed during this year’s OBHF Provincials, it was one exciting weekend of hockey.