As the final days of summer are upon us, we’re forced to reflect on a few things. Did we, as Canadians, use all of our precious warm days wisely? Did we actually complete any of those outdoor projects we promised ourselves we’d get to, or did we just spend our time cracking open a few (maybe too many) cold ones with the boys? Whatever the case, time enjoyed is not time wasted, and there’s nothing we enjoy more than a good ball hockey tournament. There was no shortage of great ball hockey tournaments this summer, including the Ontario Ball Hockey Association (OBHA) Provincial Championships that took place last weekend, August 24th-26th. This competition saw players from B, C, D, and E divisions fighting for that coveted gold medal. How did they fare? Lucky for you, we’re here to fill you in.

The Men’s B Division saw a selection of tough teams joining the fray – most of whom were out of London. The London Cowboys, London Gulls, London Reapers, and Penetang Blazers were all in attendance. We know that the London Gulls bring a lot of skill to the table, but the Reapers are a tough team, and the Cowboys have been making some waves in the ball hockey scene lately. Plus, the Penetang Blazers have proven themselves to be a powerhouse of a team in the past, so we knew this was going to be an exciting division to watch.

The first game of the tournament was between the London Gulls, and relative newcomers the London Cowboys. The game saw a lot of back and forth and showed what the Cowboys were capable of. The game ended in a tie with a score of 3-3. Not only did this game give the other teams an opportunity to see what the Cowboys were bringing to the table, we think it probably woke the Gulls up a little bit too. The second game of the day had the London Reapers taking on the Penetang Blazers. We didn’t really have a dog in this race before the game started, but before too long, the Reapers took the lead and held onto it, taking the win with a score of 3-1.

The Blazers would have an opportunity to redeem themselves on Saturday, as they faced off against the London Cowboys. This game was closer, and the Blazers were a little more on the ball this time around, but the Cowboys had their number, and ended up beating them with an impressive 7-4 score. The Blazers would then take on the London Gulls. This was a well-fought game by the Gulls, who managed to dominate the floor, and build upon their tie game on Friday. They ended up taking the game with a final score of 4-1.

The final game in the preliminary round was one that we were waiting for anxiously. The London Gulls were taking on the London Reapers, and we knew this wasn’t going to be an easily won game. We’d expected it was going to be a low-scoring match and that neither of the teams were going to be too keen on giving away goals, but when it came down to it, the Gulls managed to eke out the win with a 1-0 score. This would carry the Gulls into the playoff round in first place.

The Reapers weren’t about to give up though. They shook off their loss against the Gulls, and took on the Cowboys in the playoffs. Though the game was a little more action-packed, it was still a tight one. It wasn’t clear who was going to take the win, but the Reapers ended up delivering in the end, winning with a score of 4-3.

In the second semi-final, the Gulls kept hope alive against the 4th place Blazers, though given their respective standings, there wasn’t quite the deficit you might have expected. The Gulls won, but they also gave up a goal, finishing the game with a score of 2-1.

The final game came down once again to the London Gulls and the London Reapers. Given their performances 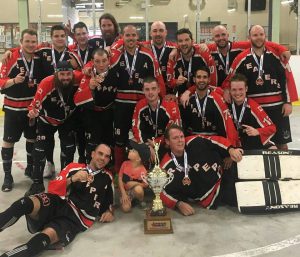 throughout the weekend, you’d be forgiven if you thought this one would go right to the Gulls, but the Reapers exploded onto the floor. Whether the Gulls were resting on their laurels – heading into the final game in 1st place – or the Reapers just wanted it more, the Reapers took the lead and the Gulls were unable to recover. The Reapers ended up winning the game – and the tournament – with a shutout score of 2-0.

As we expected, this division was full of action, and more than a few surprises. All of these teams brought their ‘A’ games out to this tournament, which made for some exciting ball hockey to watch. Congratulations to the London Reapers. Even when they were trailing a bit behind, they were able to turn things around and make it count when it mattered. 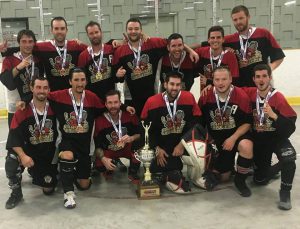 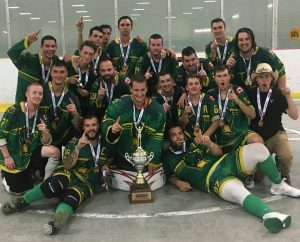 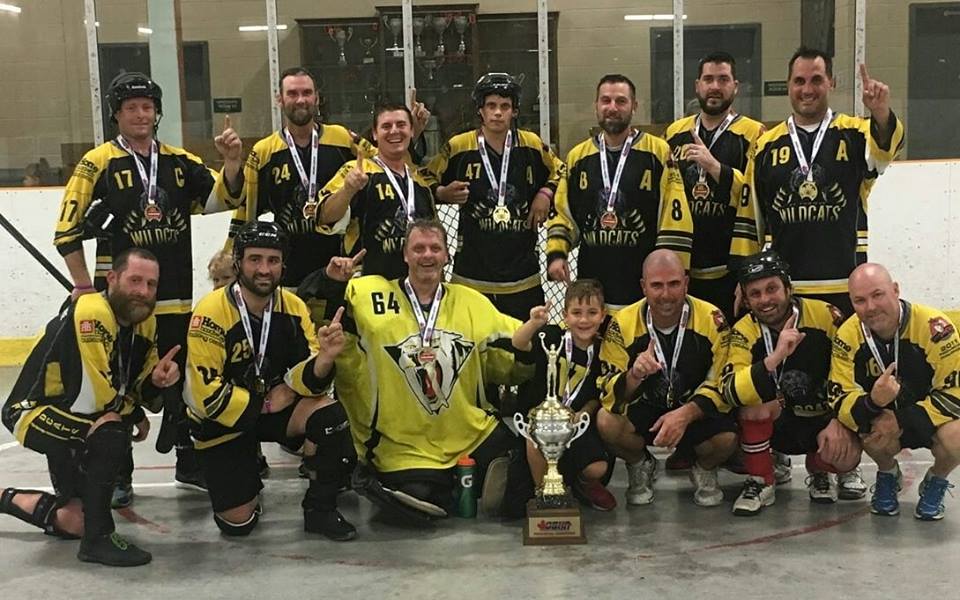