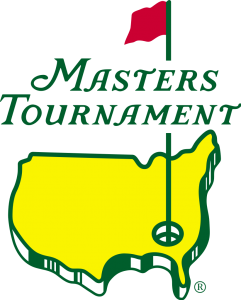 The Masters is officially upon us, and in honour of the PGA’s first major tournament of the year, Stick Skillz is counting down some of the top NHL players (current and retired) who are no slouches on the course.

The Great One probably has the closest tie to the 2017 Masters through his Son-In-Law, Dustin Johnson.  Unfortunately, Johnson injured his back prior to the tournament and withdrew before the start of the opening round.  Gretzky is no stranger the celebrity/pro-am golf scene as he’s a regular at the American Century Championship and the Pebble Beach National Pro-Am.

After coming to North America, the Finnish Flash became so obsessed with golf that he had two par 3 holes built on his property.  Similar to Gretzky, Selanne has a unique tie to the Masters.  In 2015, Teemu Selanne, threw on the white coveralls and caddied for fellow countryman, Mikko Ilonen at the annual Masters Par Three contest.

The current New Jersey Devil winger is an avid golfer, using the sport as a way to relax off the ice.  He also applies some of the lessons he’s learned on the course to the.  During the 2013 season, as a member of the Calgary Flames, Cammalleri told the media, “They say the best putters in the world never worry about whether the ball goes in the hole or not.  They just worry about making a good stroke.  That’s all they can control.”

Brenden Morrow retired from the NHL after the 2014-2015 season with the Tampa Bay Lightning.  The two-time Stanley Cup Finalist, NHL All-Star, and Olympic Gold Medalist carries an impressive 3.5 handicap.

2012 Hockey Hall of Fame inductee, Joe Sakic is considered one of the most outstanding players to ever play in the NHL.  Sakic’s exceptional athleticism has carried over to the golf course, since retiring at the end of the 2008-2009 season.  Sakic hosts an annual charity golf tournament and is often seen at Pro-Am tournaments.  His claim to fame on the course came in 2011 when he hit a hole in one on a 163 yard par 3.  The shot earned him $1 million, half of which he donated to charity.

The Boston Bruins’ defencemen is one of the current NHL’s best golfers, sporting a nifty 1.6 handicap.  Golf runs deep with this veteran as he’s been swinging the sticks since high school as a member of the Culver Military Academy golf team in his home state of Indiana.

Though NHL Hall of Famer, Mike Modano is almost as talented on the course as he was on the ice, he’s far from the best golfer in his household.  Modano is married to professional player, Allison Micheletti who has seen some time on the Cactus Tour the Women’s Canadian Tour.

Legendary NHLer, Mario Lemieux currently hones his skills at the historical Oakmont Country Club, which is a regular destination of the U.S. Open.  This is obviously a testament to Lemieux’s golf game but, if that’s not enough, he won the American Century Celebrity Golf Championship in 1998.

NHL alum, Jamie Langenbrunner was a stand out for the Dallas Stars, New Jersey Devils, and St. Louis Blues.  The former Devils captain is a two time Stanley Cup winner is now a member at the prestigious Cloquet Country Club in Minnesota, where he has won the club championship.

After an unfortunate early end to a great NHL career, Marc Savard has found athletic success again on the golf course.  The 39 year old has qualified for events on the Mackenzie Tour, which showcases some of the best young golfers, and feeds the Web.com Tour.

NHL Hall of Famer, Jeremy Roenick has become an avid golfer since retiring in 2009.  You can find Roenick competing in the American Century Celebrity Golf Championship or tearing up the golf course he now owns, Pembroke Country Club in Massachusetts.

Brett Hull is one of the NHL’s most prolific scorers, and Hall of Fame inductee.  He is a member at a number of challenging courses including Brook Hollow and Preston Trail.  Hull is a winner of the Tillinghast Cup at Baltusrol, which has hosted the U.S. Open, and a regular entry at the American Century Celebrity Golf Championship.

Best known as the netminder for the great Edmonton Oilers teams of the 1980s, Grant Fuhr is now the Director of Golf at Desert Dunes in Palm Springs, California.  After retirement, Fuhr came very close to qualifying for a spot on the 2004 Canadian PGA Tour.

On behalf of Stick Skillz, we wish all of the players this weekend the best of luck at the Masters.  And remember, whether you’re playing hockey or golf, always keep your eye on the puck … er, ball … you know what we mean.