The NHL Eastern Conference Semi-Finals kick off tonight and will feature a Metropolitan Division battle between the Washington Capitals and the Pittsburgh Penguins.  In the other semi-final we will see a clash between the Ottawa Senators and the New York Rangers.

As we did yesterday in our Western Conference predictions, we’ll take a look at both match ups, and offer you our predictions on who will advance to the conference finals. 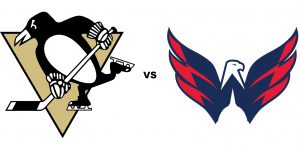 This match up is turning into a favourite rivalry amoungst hockey fans.  There is nothing better than seeing two of the league’s best players going head to head.  The Pens and the Caps have faced each other twice in the post season over the past few years with the Penguins taking both series before going on to capture the Stanley Cup in 2009 and 2016.

The Penguins’ come in with a very balanced offensive attack that features the league’s second highest point producer and top goal scorer during the regular season in Sidney Crosby.  After Crosby, the Caps will still need to tangle with the likes of Evgeni Malkin and Phil Kessel.  The Capitals will need to make sure they don’t focus all of their attention on the big three as Jake Guentzel and Bryan Rust combined for almost 50% of the Pens goals in the first round.

The Washington Capitals have no shortage of firepower on offence with the likes of Alexander Ovechkin, Nicklas Backstrom, Evgeny Kuznetsov, Marus Johansson, and T.J. Oshie.  However, don’t forget about the strong play of Justin Williams and Tom Wilson against the Leafs in the first round.  The Pens will need to be on top of their game to contain this group.

I will be the first to admit that I was impressed that the Penguins did as well as they did against Columbus without defensive players Carl Hagelin, Chris Kunitz, and Kris Letang.  I don’t expect the Capitals will be as sloppy as the Blue Jackets were in the first round so the Pens, along with likely starter, Marc-Andre Fleury will need to be at their best.

The Capitals looked like they were asleep at the wheel against the Leafs on more than couple occasions in the first round.  However, once they realized the Leafs were no joke, the defence and the play of Braden Holtby tightened up considerably.  That said, what I saw against Toronto was enough to cast doubt on their chances, and that, combined with their track record against the Penguins has me feeling very apprehensive. 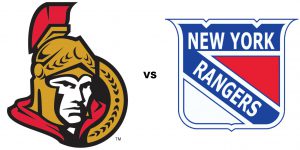 This is another interesting match up, and one that should be very close.  Both teams are coming out of well-earned victories in the first round that saw their play improve considerably as the series’ progressed.  The Rangers and Senators met three times during the regular season, with the Senators winning the series 2-1.

The Senators come in with a balanced offensive attack that is driven by their leading scorer, Erik Karlsson.  Of the forwards, the Sens will rely on Mike Hoffman, Derick Brassard, Kyle Turris, and Bobby Ryan.  The Rangers play a speed and skill game that has a variety of weapons that can hurt you including Mats Zuccarello, J.T. Miller, Derek Stepan, Chris Kreider, and veteran Rick Nash.

Defensively, these two teams are very tightly matched.  The Senators do a great job allowing fewer shots, scoring chances, and goals against than the Rangers.  However, the difference maker could come in net.  The most important piece in the Rangers defence is Henrik Lundqvist.  Lundqvist didn’t have his best regular season however, he was exceptional in outdueling Carey Price in the first round.  The Sens counter with Craig Anderson who has been nothing but steady all season, and he improved as the playoffs progressed.

In case you missed it, check out our predictions for the Western Conference semi-final match ups between the Predators and Blues, as well as the Ducks and Oilers.