The North American Ball Hockey Championships took place this past March and the Niagara War Pigs took home the A division title with a win over the Boston Saints.  Recently, Stick Skillz sat down with War Pigs members, and our very own Stick Skillz Academy Instructors Iain Downes and Gage Gonyou to talk about the War Pigs and their newly captured championship.

For those that don’t know the Niagara War Pigs, you should take notice.  Recent ballhockey.com rankings had the team ranked number two in North America behind the Montreal Red Light.  However, the War Pigs haven’t always found themselves among the upper echelon of the ball hockey elite.  Born in Welland, Ontario approximately ten years ago, the War Pigs began their existence as a tier two division team and slowly worked their way up the ranks.  Eventually, the team won the tier two championships two years in a row, and were encouraged to move up.  War Pigs member Iain Downes said, “When we first started we were just starting to get into ball hockey, a lot of guys came out of ice hockey at the time.  After a while we were starting to beat teams regularly and we were told we need to take it to a higher level.  That was the point that we realized we needed to make some adjustments in order to compete at the highest level.”  War Pigs Team Manager, Jay Capaldi said, “What makes this team so special is that we’ve grown from just a group of buddies to one of the best teams in North America.  It’s been incredible to see for me personally, since I’ve been there since the beginning, and I can’t wait to see what the future holds for the War Pigs.” 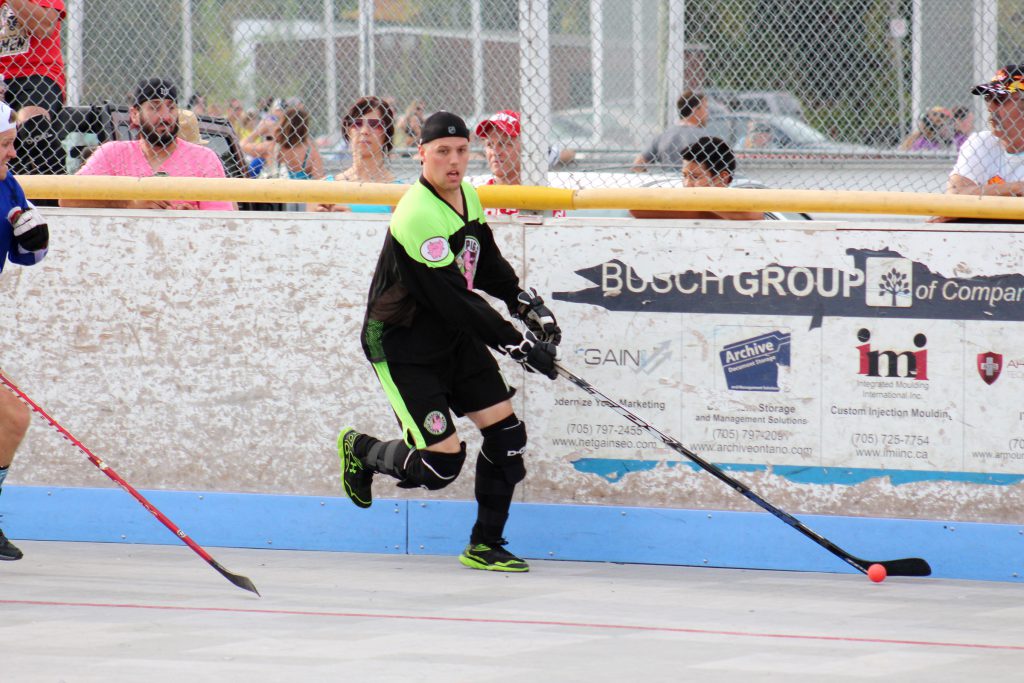 Today, the War Pigs are recognized as one of the top teams in North America, and going into the recent North American Ball Hockey Championships, they knew they had a chance to add some additional hardware.  Netminder Gage Gonyou said, “We knew that we had a really strong roster, and we knew that if we went hard we would have a chance to win.  We had won the B championship two years in a row so we really wanted to make A division first [teams may are relegated to B if they do not earn an entry to A division based on round robin records], and secondly we wanted the win.”

The War Pigs opened the playoff round with a tough match up against a familiar foe, the Barrie Flyers.  This game went the distance with the score being tied 0-0 for much of the game.  In the end, the War Pigs would find a way to pick up the win and move on to the quarterfinal with a 1-0 victory.

In the quarterfinal, the War Pigs would take on the Penn Hills Arsenal.  Downes remembers this as one of the toughest games of the tournament.  “The Penn Hill game was difficult because we were down after a goal early in the game, and their goalie stood on his head until we were able to score two goals thirty seconds apart with less than two minutes left.”  Those two goals would be the difference and the War Pigs would move on to the semi-finals with a 2-1 victory.

In the semi-finals the War Pigs would clash with the Ottawa Godfathers.  It was a back and forth game and the highest scoring for them in the playoff round.  The Godfathers would put up a good fight but, in the end the War Pigs would come away with a 3-2 victory and were on their way to the championship, and a rematch with the Boston Saints.

The championship game was a tightly fought battle that went down to the wire.  With four minutes remaining in the game, the War Pigs found themselves up 1-0.  Despite the tense atmosphere, Gonyou said, “We were all focused on trying not to hold back too much but at the same time try to eliminate as many of their opportunities as we could.”  Downes agreed saying, “We knew that they were going to push back and throw the kitchen sink at us.  We had to make sure we didn’t play back too much but still put up a wall in front of our goalie.”  The strategy paid off, allowing the War Pigs to hold on for a 1-0 win and the title of North American Ball Hockey Championship A Division Champions.  Gage Gonyou said, “It was an amazing feeling!  A lot of the best teams in Canada and in United States were there and we beat a lot of really good teams.”   Downes added, “Having been there the past three years and finally achieving our goal; the feeling was pretty surreal.  And the celebration in the room after was awesome.” 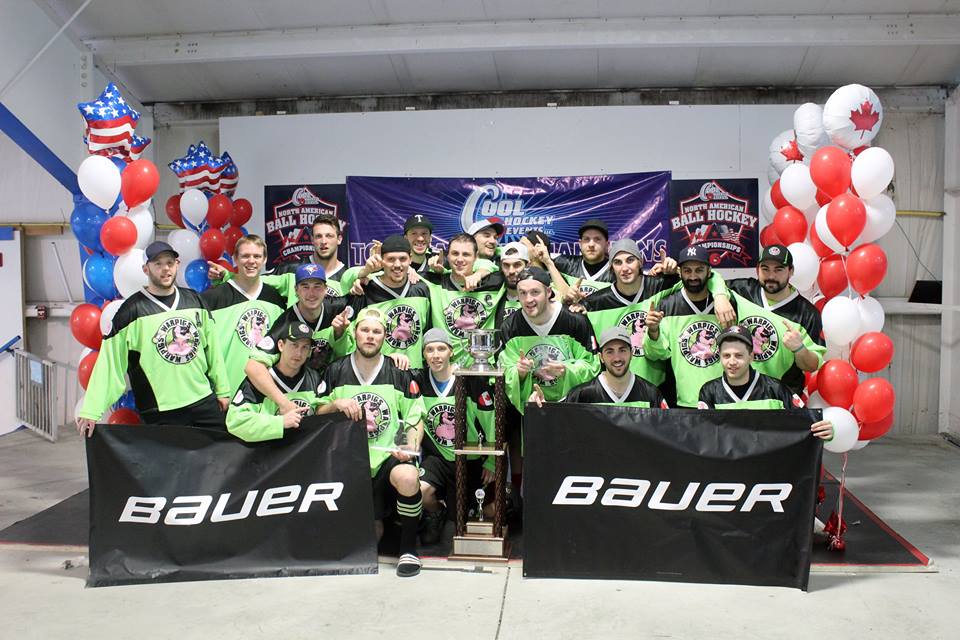 What makes the War Pigs so special is that they are more than just a ball hockey team, they are a family.  Iain Downes has been with the War Pigs for seven years and said, “I just love playing ball hockey, and when you play with the same guys for seven years, you kind of start to feel like brothers.”  This sentiment even rings true for Gage Gonyou who has been with the team for just two years, “I love the atmosphere in the locker room and on the floor with the guys.  Basically, you feel like you’re just hanging out with your buddies but you’re playing hockey.”

Despite the recent championship there is no rest for the War Pigs.  At this time, the team is waiting to hear from the Canadian Ball Hockey Association (CBHA) as to whether they will be given a spot at Nationals in August.  Downes said, “If we’re in then that means we are BC bound in August to try and take down Montreal Red Light essentially.  We played them last year at Nationals and we know what we need to do in order to be successful out there now.”

Iain and Gage not only excel in ball hockey, they give back to the sport through the Stick Skillz Academy.  Both players are instructors with the academy and are teaching the next generation the skills and tools they need to improve their game.

On behalf of Stick Skillz, we wish these two players and the entire War Pigs team the best of luck in their quest to be National Champions.