With the summer season coming to a close, we found ourselves reflecting on the results across the

province of Ontario and noticed an incredible trend quickly emerge…the Penetang Blazers are a powerhouse!  This past summer, the Blazers finished with top five finishes in thirteen different age and skill groups.  Additionally, they brought home a first (U15), second (U19), and third (U17) place finish at this year’s CanAm Championships. After following this thread, we had to connect with Penetang-Midland Ball Hockey League President and league founder, Jamie Robillard to find out what makes Penetang/Midland a hotbed for ball hockey success.

The Penetang/Midland Ball Hockey League (PMBHL) started in 1978 as a men’s club when the cement floor went in at the Penetang Arena.  “The league started with eight teams,” said Robillard. “Ball hockey was full contact then so the game was very different.  When the contact rule changed the league became much more inclusive, allowing the smaller, faster player to enjoy the game more.”

The following year Jamie began the youth program so that his younger brothers could play.  This

led to a transition for the PMBHL to go from an adult only league to a much more youth oriented program.  Today, the league boasts 750 youth players, which is the largest sports organization in the community.  “Ice hockey is still king here even though we have more registered players.  Our program allows these ice hockey players plus many other youth to fill the gap between the end of the ice hockey season until early summer,” said Robillard.

Over the years, the PMBHL has also become a staple within the community.  In many cases, team coaches are former players who are looking to give back to a program that gave them so much.  This commitment to the organization has really given them stability in their operations and allowed them to offer a strong program.  Robillard said, “The community feels they are getting good value, and that the kids are being taught good ball hockey skills.  Good value and coaching attracts good athletes, and I believe if you have good athletes they will be very quick to develop their skills and become strong players.”  The quality of these players is very apparent given the excellent results this year.  But not only are PMBHL teams excelling, so are the players on an individual level.  At the time of writing this article, the league has 22 players 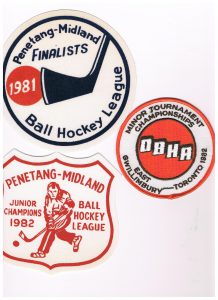 Despite the accomplishments of the PMBHL over the past year, Robillard is incredibly proud of the progress in the league’s women’s program.  “At this time we have 250 youth players in our minor program plus 10 local women’s teams in our organization, which is the largest in the province,” Robillard said.  “Not only is this program growing but, we retain 85% of the players annually and many of our adult players came up through our minor program.  This is a real testament to the quality of the players and coaching.”

It was great to speak to Jamie Robillard from the PMBHL, and we thank him for his time.  It is clear from talking to him that truly passionate individuals who love the sport can make ball hockey thrive in their community regardless of its size.  What helps the teams to succeed is that the organization itself operates as a team that is always looking to build on their success.  We’re confident that the PMBHL will continue to achieve their goals and become a force to be reckoned with every year. 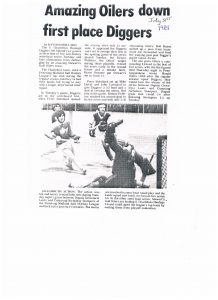 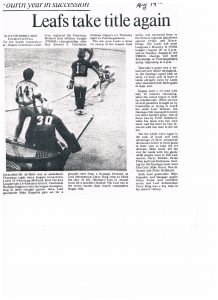