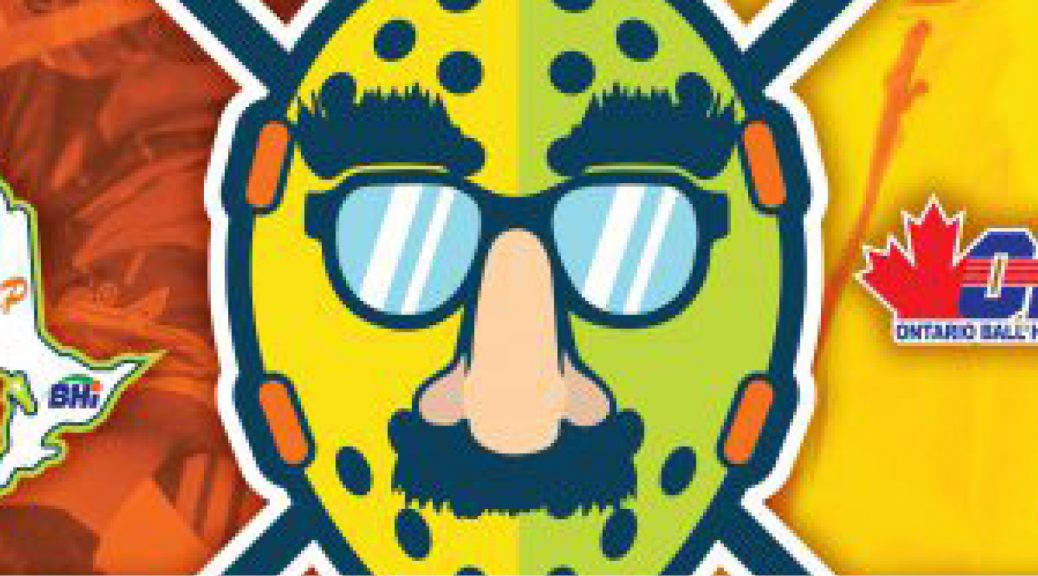 For the 2nd straight year, Ball Hockey International (BHi) and the Ontario Ball Hockey Association (OBHA) have combined their efforts to joint host the April Fools (2nd All Ontario Cup /AOC preliminary event) and the OBHA Winter Provincial Championships. The joint effort was created with the goal to appeal to a wider range of teams at one event. All Intermediate and Rec Division (Tiers 2 to 4) action will be taking place at Stronach Arena, and the Barn Division (Tier 5) action will be hosted at BHi London. 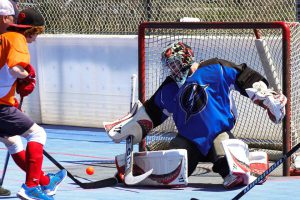 The largest division at this weekend’s tournament is the nine team Rec (Tier 3&4) Division; home to perennial favourites/rivals Rebels (from London), Hamilton Lightning, Hamilton Haze, and Healthy Scratches (Hamilton/Niagara) who have returned to the Rec Division after their experience at the Spring Teaser where they threw their hats in the Intermediate Division proverbial ring. These four powerhouses are joined by the familiar Alpaca’s who are looking to regain their form from two years ago, which found them as regular high seeded finishers, rather than the mid–division finishes that they have experienced of late. The Rec Division will be welcoming two London based teams into the competition, with the BHi London C Division powerhouse, Mighty Ducks entering the fray to try their hand at the tournament action; and the London Gulls, who will bring their ‘big floor’ speed game to the indoor arena tournament’s competition. Two new teams to the AOC action are the Ottawa Magic and Toronto Hawks. We at Stick Skillz are very excited to see what these two newcomers can bring to the division, and just maybe shock the regulars and grab the title. 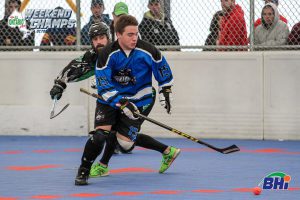 The Barn Division (Tier 5) is going to be a seven-team contested division. If we were to place some wagers here at Stick Skillz, we think safe money is to predict that the Ringers will find themselves in the finals, which they have done in three of the past six AOC events. While we say that’s the money bet for us, we’re not saying that this division is the Ringers to lose, in fact, it’s going to be so hotly contested that we can’t predict a favourite even if we try. Each and every one of the remaining six teams can be considered favourites on any given weekend. The Outlaws, RedBulls, South Kent Torment, Piranhas, and Ninja Turtles will all challenge the Ringers to earn the Barn Division title. The final team that we are looking to for big things is the Lincoln Pitbulls. When the Pitbulls have their game going, there are not many others in this division that can hang with them. It will be interesting to see what Pitbulls roster shows up at the rink this weekend. 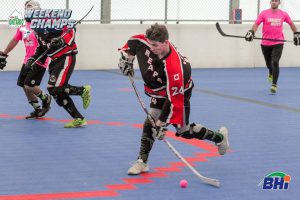 The final division is the Intermediate Division (Tier 2). This division will be a battle of London based teams, with the London Outpatients, Reapers, and Throwbacks competing for the title. The London Outpatients are a perennial powerhouse out of the London Ball Hockey Association (OBHA) who are just coming off of a Winter Season Championship in Game 3 over the Reapers. Both the Reapers and Throwbacks have bolstered their rosters with a sprinkle of Niagara and Toronto based talent, who make up both teams’ AOC tournament rosters. Each of the three teams will play round robin cross-over games with a Rec Division team. These will be interesting games both to set the seeding for Championship Sunday and also see just where some of the Rec Division teams sit in their level of play.

As always, admission is free so if you find yourself in the area, come on out for some great ball hockey and fierce competition.