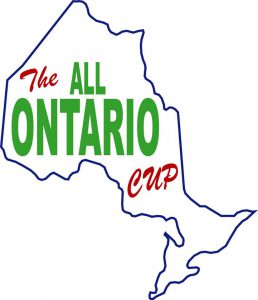 The All Ontario Cup (AOC) Weekend of Champs takes place October 21-23 in St. Catharines, ON.  To get you ready for the last major tournament of the year, here’s a divionsal primer.

Punishers – The Punishers enter the final installment of the All Ontario Cup (AOC) as the team to beat and they have the record to back it up.  With an overall record of 16-4 in the 2016 AOC’s, the Punishers have been riding a 14 game win streak since the April Fools tournament in London.  With lots of fire power coming from Mike Martin (23 pts), Brian Szolga (20 pts) and Mike Neilson (13pts), the Punishers have no issue with putting the ball in the net.  with Denis Rea in net, they have no worries keeping the ball out. T he Punishers have won all four preliminary AOC tournaments.

Throwbacks – The Throwbacks have put together a strong showing in the 2016 All Ontario Cup reaching the final in two of the four preliminary tournaments (April Fools & Summer Showdown).  Throwbacks will look for strong play from Travis Parkin (9 pts), Matt Delisle (6 pts), McKenzee Macqueen (5 pts) and goalie Trevor Van Dyk to give them a chance at the rings.

OMG Snipers – A new team on the All Ontario Cup scene in the Intermediate division, the OMG Snipers put on a strong performance at the September Shootout in Brantford placing second.  Snipers will look for a repeat performance from Nathan Gilchrist (5 pts), Brandon Maloney (5 pts) and Mark Stockdale (3 pts) as well as Riley Edwards in net.

Hamilton Lightning – The Lightning have enjoyed growth and success through the AOC season starting off in Barn and moving up to Rec for the September Shootout after winning the April Fools and placing second at the Summer Showdown.  In their first tournament at the Rec level, they battled a tough Rebels team and took home their second tournament win of the 2016 All Ontario Cup.  The Lightning have a balanced scoring attack but have seen consistent production from Mike Galan (25 pts), Wes Morrison (18 pts) and Andrew Williams (16 pts).  They also have a solid goalie tandem of Vincent Oliverio and Justin Chevrier that will play a big role in their quest for the rings!

Niagara Warriors – The Warriors started the 2016 AOC with bang at the Spring Teaser capturing their first championship in their first tournament.  They would see continued success at the April Fools in London but fell just shirt in the semi final.  Warriors will look to get back to their winning ways with help from Mike Ashley (10 pts), Taylor Dobbin (8 pts), Tanner McGowan (5 pts) and big performances from goalie Jordan Moffatt.

Rebels – Rebels have been knocking on the door throughout the 2016 All Ontario Cup and will look to finally bust down the door at the Weekend of Champs.  After finishing second at both the April Fools and September Shootout, Tristan McGregor (5 pts), Matt Delisle (4 pts) and Corey Farrugia (3 pts) will be looking to take their game up a notch.

Ringers – The Ringer have played at a consistently high level through the 2016 All Ontario Cup.  After finishing second at the April Fools and then winning the Barn consolation championship at the Summer Showdown they proved they are amongst the top teams in the Barn division.  Ringers are led by Brandon Cain (13 pts), Tom Stright (8 pts) and Curtis Gibbons (8 pts) and will look for big saves at key times from goalie Matt Cain.

Hamilton Haze – The Haze have had a strong showing during the 2016 All Ontario Cup, participating in all four of the preliminary tournaments.  At the Summer Showdown, they took home the Barn championship in a thrilling OT win over the Hamilton Lightning and really made a name for themselves in the division.  Haze will need a big weekend from Patrick Digeacinto (20 pts), Kyle Murphy (9 pts), Joel Carey (4 pts) and solid goaltending from Brian Blancher.

Lincoln Pitbulls – The Pitbulls burst on the Barn division scene at the Summer Showdown tournament in Welland.  Playing a fast paced, gritty style, they got to the semi-final where they ran into a tough BDB team ending their tournament earlier than they would have liked.  At the September Shootout, they came out flying with their sights set on a better performance and as the tournament went on, they only got better.  In the championship game, they were firing on all cylinders defeating the Hamilton Knights 7-2.  The Pitbulls will be looking for repeat performances from Cody Young (12 pts), Jon Leclerc (6 pts), James Bailey (5 pts) and stellar goaltending from Justin Meyer.

Want to catch up on all of this year’s previous AOC tournaments?  Check out to links below!