The stage is set for one of the world’s biggest ball hockey events as six nations descend on Moscow for the World Ball Hockey Federation (WBHF) Championships!  The tournament will run from June 12-17 at Dmitrov Arena and will feature both Men’s and Women’s divisions. 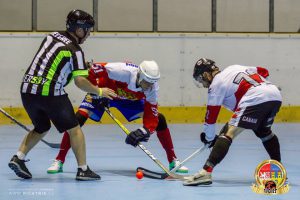 The Men’s Division will feature six teams vying for the gold medal including:

There are some heavy hitters returning to this year’s tournament including the top two finishers from the 2017 tournament: Team Canada and Team Czechia.  One big exception is the absence of Team USA who will not be participating in Moscow this year.  The departure of Team USA should leave the door wide open for Team Great Britain, and Team Russia to make a big move into medal contention.  It would also be advisable to keep an eye on Team Slovakia who should be in the hunt for a medal as well.

A tentative schedule has been released, although we understand that this is subject to change.  Please note that all times are GMT.

After the round robin is complete, the playoff rounds will begin on June 16. 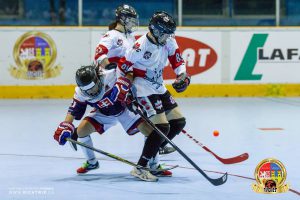 On the Women’s side, we anticipate seeing some very competitive games from all teams participating.  The 2018 team entries are:

Similar to the Men’s group, there are some big returning teams including Canada, Czechia, and USA, who were all medal winners from 2017.  You can expect these three to be the favourites in 2018 however, you cannot count out the home squad, Team Russia.  We are also keeping a close eye on Team Great Britain.  This is a new team for 2018 and if they are anything like last year’s Men’s Great Britain squad, they should make a big impact in their inaugural year.

A tentative schedule has been released, although we understand that this is subject to change.  Please note that all times are GMT.

After the round robin is complete, the playoff rounds will begin on June 16.

Games will be streamed online through www.rbhf.ru or you can stay tuned to Stick Skillz who will be live in Moscow to catch the WBHF Men’s and Women’s 5-on-5 championships.  The tournament kicks off on Tuesday, June 12, and you can follow all the action with us; follow us on Facebook, Twitter and Instagram for scores and highlights.